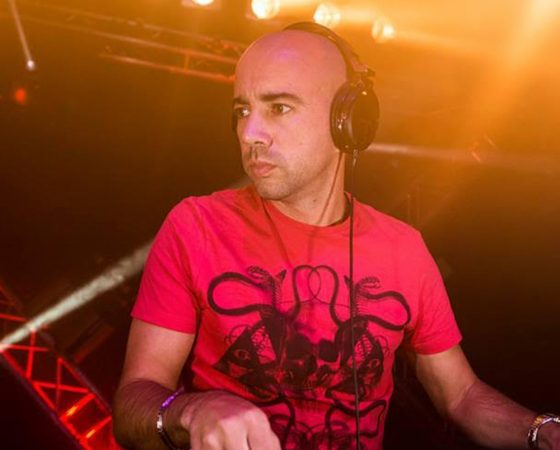 Atmospherical drone sounds combined with powerful kick drums and sharp edged synths, when Hamunaptra steps behind the decks he drops it dark!
Well known for tracks like ’Whispers Of A Nameless Fear’ and ‘Neon Genesis Part 1 (Yataaah!)’, this Enzyme legend has worked with a couple of serious names in the scene and has played internationally as Hamunaptra and Enzyme X on the biggest events. Belgium, Switzerland, Italy, Spain, Germany, Australia…there is no country with an active hardcore scene where this powerhouse has not dropped his heavy hitters.
After a few years of silence, he recently came back with a new release, Beyond dusk and dawn, which is the hardcore anthem of Ground Zero Festival 2014 (written together with Ophidian). As of late, loud rumbling has been heard coming from his studio…so more music is to be expected.
Raw darkcore with an Industrial twist is his personal flavor and he likes to spread that dark taste when he spins his tunes.